Freedom Day is an annual celebration of South Africa’s first non-racial democratic elections of 1994. Peace, unity, the preservation and the restoration of human dignity hallmarks Freedom Day celebrations on the 27th of April of each year.

South Africans who voted in the historic elections of 27 April 1994 will tell you all about the joy of casting a democratic ballot on that day. 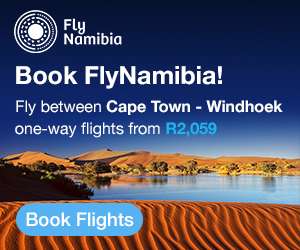 Below are 5 places you can visit in South Africa to celebrate Freedom Day.

The Nelson Mandela Museum offers a memorable cultural experience that gives insights into the life of Nelson Mandela, with guided tours and a heritage trail that follow his footsteps. Cultural offerings, such as traditional dance and food, are available by arrangement.

The Nelson Mandela Museum was officially opened on 11 February 2000, to coincide with the tenth anniversary of his release from prison in 1990. Nelson Mandela insisted that the museum was not to be a static collection and tribute to him, but a living memorial to his values and vision. It was to inspire and enrich all who visit it and serve as a catalyst for development and share the heritage resources linked to him.

The Maropeng Cradle of Humankind

The Maropeng Visitor Centre is an award-winning attraction with loads to offer visitors to Gauteng. Situated in the Witwatersberg and Magaliesberg mountain ranges, just an hour from Johannesburg and Pretoria, Maropeng is the official Visitor Centre of the Cradle of Humankind, one of South Africa’s eight World Heritage Sites and one of the major tourist attractions in South Africa.

The exhibition centre takes visitors on a journey of discovery to learn more about the origins of humankind, and is housed in the Tumulus, a unique architectural structure resembling an ancient burial mound. An underground boat ride starts the adventure, taking visitors through the various stages of Earth’s creation. Visitor’s then emerge into the main exhibition halls, where the evolution of humankind is illustrated through fun and interactive displays and games.

The Iziko Slave Lodge is a museum that tells the history of slavery in South Africa. It is situated in the very building that was built as a slave lodge by the Dutch East India Company in 1679.The Slave Lodge is one of the oldest buildings in Cape Town dating back to 1679. In 1810 the building was renovated and turned into government offices. In 1960 the building was restored and became a cultural history museum. In 1998, the cultural history museum was renamed as the Slave Lodge.

The Voting Line is a series of laser-cut steel figures representing all of those who participated in the peaceful April 1994 voting process. The work conveys a sense of playfulness and optimism, helped by the addition of a couple of black metal seagulls that hover just above the heads of the voters.Voting Line sculpture is at the Donkin Reserve in Port Elizabeth, a visit there will give you a true sense of the Rainbow Nation of South Africa.

Constitution Hill is a living museum that tells the story of South Africa’s journey to democracy. The site is a former prison and military fort that bears testament to South Africa’s turbulent past and, today, is home to the country’s Constitutional Court, which endorses the rights of all citizens.

There is perhaps no other site of incarceration in South Africa that imprisoned the sheer number of world-renowned men and women as those held within the walls of Constitution Hill’s Old Fort, Women’s Jail and Number Four. Nelson Mandela. Mahatma Gandhi. Joe Slovo. Albertina Sisulu. Winnie Madikizela-Mandela. Fatima Meer. They all served time here. But the precinct also confined tens of thousands of ordinary people during its 100-year history: men and women of all races, creeds, ages and political agendas; children too; the everyman and the elite. In this way, the history of every South African lives here.